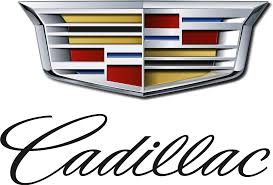 Years ago, I was living in California and my father in New Jersey was diagnosed with advanced non-Hodgkins Lymphoma, likely to be fatal in four months. I flew home and my mother picked me up at Newark Airport. Befuddled and exhausted, she promptly got lost in a sketchy part of Newark, where we ran out of gas. Hospital visiting hours were almost over, but my mother had no useful idea besides: “Stay in the car!

I hadn’t flown all this way to miss visiting hours, so I jumped out to flag a passer-by and go for gas. “It’s not safe!” my mother screamed, yet more horrified when an old Cadillac screeched to a stop in front of us, and her worst nightmare, a tall, black man in a doo-rag, beckoned me to hop in. Her face in the rear view mirror was frozen in terror as he spun a 180 across traffic and peeled off.

I was absolutely certain this man would help, and reeled out my predicament: terminal diagnosis, no gas, visiting hours closing. “Don’t worry, honey,” he said, “there’s a station up ahead and I have a gas can.” I relaxed. Then he thanked me. He was on his way to evening Bible study, and hadn’t done his assignment for the week, which was to help a stranger. Here I was, a certifiable stranger, surely sent by a loving and patient God. He asked for my father’s name, carefully wrote it down, and said his group would pray for his healing.

We got the gas and roared back. By then a couple had stopped to hear my mother’s panicked account of her daughter driven off to a Fate Worse Than Death. We filled the car as the three of them watched in stunned silence. I thanked my savior, he thanked me and hurried off to church. I made it to visiting hours.

After five brutal months of chemotherapy, the cancer seemed beaten and my father was free to go. A slight recurrence a year later was stopped in its tracks. He continued regular checkups, building a pleasant relationship with his oncologist. Over and over, from across the country, I silently thanked my savior.

Six years later, the oncologist announced that, pleasurable as their meetings were, with cancer in full remission, there was no medical necessity to continue. In the press of the moment, I never asked my savior’s name, but I truly wish him well.

5 comments on “Savior drives a Cadillac”