Home › Just life › Things I wanted as a kid

Things I wanted as a kid 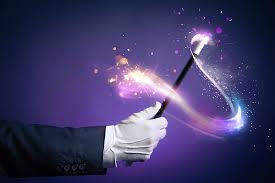 To find whole new chapters in favorite books, as if the pages stuck together on earlier readings were now magically revealed.

A secret passage from the outside of the house straight into my room, so if I was on the outs with my parents, I could sneak in or out and nobody would know.

To be cute and adorable and adored like my little brother and sister, forgiven for transgressions, with no homework, regrets, embarrassments or worries about school or what people thought about me, and no proof that my options were constantly narrowing. Mozart was writing music at five. At nine, I hadn’t written a single sonata. Many saints had performed their first miracles. Child prodigies were already prodigious by nine. I was just a kid.

To walk across a backyard without tripping. Being very pigeon-toed, I couldn’t do this. Likewise, to have regular shoes, not the corrective, high tops that mean kids called “kindergarten shoes.” My parents tried to reassure me by saying that people who did amazing things (singers, dancers, magicians and so forth) did all this because they wore special shoes. Not convincing.

To have a nose like my friend Judy Crum, neat writing like Sharon, shiny hair like Cheryl, or the incredible confidence of Laura who lived next door (who later became known as a bad girl, very “fast” so maybe not Laura), or even just widely known as nice, like Janey.

To have certain foods on my plate vanish without my having to eat them, especially without having to stay at the table until my plate was clean, pondering the starving orphans who would be grateful for Velveeta cheese sandwiches on Wonder bread, bologna and mayonnaise sandwiches on Wonder bread, beef stew on glass plates making puddles of broth that I found loathsome, knockwurst (boiled) with that horrible smell, leftovers of leftover baked ham, bitter white insides of iceberg lettuce, asparagus from a can, slimy spinach from a can, kidney beans from a can, cold oatmeal, or Chef Boy-ar-dee.

On the up side of my mother’s cooking, to find a magic slice of pound cake that, when you took a bite out, would magically re-grow that bite so the slice would last forever. Likewise my grandmother’s German Chocolate Cake.

To be featured in A Child’s Book of Heroes and Heroines without being dead or having to do anything painful or scary.

To be the first Protestant saint. Or any kind of saint. I was starting from way behind on this. Saint Elizabeth’s first word was “Jesus.” Mine was “Daddy.” I had never performed a miracle. I reasoned that the first step might be to be noted for sleeping all night with my hands crossed on my chest. I tried to tuck my sheets in tightly to restrict movement, but morning after morning found that I had moved in the night. This was distressing.

To have a stuffed mommy dog like my friend had with seven little puppies that you could zip into a pouch in her back. Once, in living room gymnastics, my father launched me across the room into a walnut desk, knocking me out cold. When I came to, my father, white-faced, offered to buy “anything you want.” Wow. I asked for one of those dogs. The poor man scoured the local toy stores, finding only a mommy dog with two puppies. Under the circumstances, I had to be grateful.

To have an organized mind. I had read about someone with such a thing who did his organizational work at the end of each day. In those pre-computer times, I pictured a large room of filing cabinets with a little white-haired man in a smock scurrying through the aisles, moving files. Charged with ambition, I lay in bed the first night, my imagined little man on his mark. But how to organize these files? By topic, like family members, school, math facts, books I liked, holidays, seasons, thoughts? Chronologically? By feelings: good, bad, scary? By place: home, outside, school, neighborhood, far away places? My poor little man was constantly scurrying, arms full of files, putting a folder here, then moving it there. Just watching him was exhausting and the mental activity frustrating. Within a week, the project lapsed and I was left with a jumble of memories . . . . Like this one.

2 comments on “Things I wanted as a kid”