Home › WWWS › What Italians do best

What Italians do best

Posted on August 21, 2011 by Pamela Schoenewaldt — Leave a comment 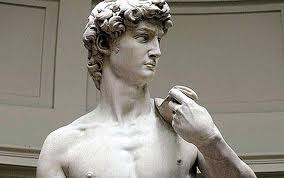 Between 1990 and 2000, I taught for the University of Maryland’s European Division at the U.S. Naval Base in Agnano, outside of Naples. Some of my students were the walking wounded of civilian life. “The drill sergeants didn’t beat me like my dad always did. What’s not to like about three meals a day and a bed with sheets?” In one class of 20, five had lost close relatives to violence. “I’d be on drugs, in jail or dead if it wasn’t for the military,” they said. Or: “The only jobs in town were flipping burgers.” Some had started college but “messed up,” generating The Call from home which cut off funding and suggested a chat with the local recruiter. “Yeah, the military really straightened me out.”

Quite a few of my students took full advantage of a foreign post, studying Italian and seeing what they could on weekends. But many were no more drawn to high culture than they had been back home. Rome was “full of old shit and busted buildings.” Some went further: Italy itself was an armpit, scummy, butt-ugly. In their defense, many shuttled between a drab, cheerless base and off-base housing in crumbling peripheral military ghettos, surrounded by elements who lived off American presence, often in unsavory ways. This wasn’t an Under the Tuscan Sun crowd.

I tried to keep Italy-bashing to a minimum in class time but once the dam just burst. Platitudes ran wild. “All this la famiglia business, and Italians don’t even love their kids,” a private swore. “If they did, they’d use seatbelts.” I was about to pull rank and end class discussion when an officer in the back announced that he had something to say. The dim eased. “One thing you gotta give Italians,” he began. I held my breath. “They can lay cement like nobody’s business.”

Tagged with: Italy
Posted in WWWS