Home › Writing › When Point of View exercises get personal

When Point of View exercises get personal 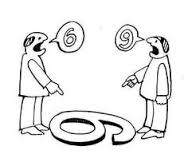 I’ll be leading a workshop on Point of View for the Knoxville Writers Guild (more on that here). In years of teaching college fiction classes, I’ve found that Point of View units can have dramatic personal impacts. Once again, art shapes life. I’d like to share three instances.

Coming Out in the Parking Lot
In the 90’s, I taught English at a US naval base in the “Don’t Ask, Don’t Tell” era, a hard, hard time for LGBT military. At least once a semester, I’d get a story about the troubles of a gay “friend” of the narrator. After a sympathetic comment on the “friend’s” situation I’d offer a conference on “point of view issues.” Inevitably, the soldier student would follow me to the parking lot, look around to make sure we weren’t being watched, and come out, there and then. Too bad “Don’t Ask, Don’t Tell” also included, “Don’t Touch” because I so wanted to give these hurting soldiers a hug, big and tough as they were. All I could do was be there, assure them of confidentiality, say over and over that there was nothing wrong with them, and that things would get better. You could see the lightening, the lifting, the relief. The next story, often, was in the first person: “I knew I was gay when . . .” Or third, from the central character’s PoV: “Ted knew . . .” A shift that made a huge difference, for the story . . . and the writer.

Calling Dad
Often, after students had written a few stories, I’d assign a revision from an alternative point of view, stressing that this is way more than switching pronouns. It’s about seeing with different eyes, actually inhabiting the skin of another character. In one fall semester, a young woman had written about a nasty divorce, leaving a mother and daughter (i.e. the writer) devastated. The point of view was the wronged wife. The daughter/writer had not communicated with her father for nearly ten years. Courageously, her revision took the father’s point of view. She brought the paper to my office, stunned. Her father had true grievances, she had realized. He had tried. He might be suffering the estrangement. “I called him up last night,” my student said. “He cried. I cried. I’m going to see him for Thanksgiving.”

Our Dark Sides
For the same exercise, a student attempted a revision from the point of view of a child molester. I warned her to be careful, and in fact she didn’t complete the revision. But the attempt was profoundly moving. She went to her own dark side. While certain acts are surely wrong, evil, unacceptable, they are not inhuman. There is a person within the perpetrator, she discovered, and there but for grace go many of us. It was a profound lesson from a simple English 364 class.

Reams have been written about point of view. The “right” angle can make or break a story. It’s demonstrably true that story, in fact, exists in the point of view. What we think of as a single incident—the party, the breakup, the journey—is profoundly different seen through different eyes. These are facts of the craft. But the craft is about the soul, and one of the gifts of teaching is to offer the tools for opening the souls.

One comment on “When Point of View exercises get personal”